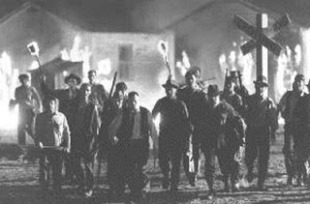 Recent advances in brain science have revealed that when we watch another person do something there are complementary, or “mirror neurons” in our brain that fire off in parallel with whatever we’re watching, even if we don’t actually move from our armchair.

If you are sitting and watching your friend bounce a ball off the sidewalk there is a part of your brain doing exactly the same thing, even if your arm is not moving, weird, eh?

This is why if one person in a room starts yawning everyone else will start yawning.

This is why you are more likely to feel like dancing when you see other people dance, cry when other people are crying, and laugh when everyone in the room is already laughing, etc.

When I used to lead sales meetings in my previous career I would nod my head at the other people in the room, invariably the people watching me would start doing the same thing without even realizing it. Mirror Neurons at work.

If you are on a date and trying to look more desirable to a member of the opposite gender you can sit in the same posture, and adopt the same cadence and tone of voice to put them at ease.

Con men use body posture to establish rapport with a potential rip off victim.

Mirror neurons explain why angry people in a lynch mob will riot, murder and cause property damage in a way they would never do if they were acting alone.

Humans are highly social primates, and this weird mammalian quirk helps us blend in, and ostensibly survive. Since our brains (and our neurons) are more active when we’re younger it seems that people under the age of 25 are much more susceptible to the group activities surrounding them, whether in a church, a cult, or even in boot camp for the Marine Corp.

If the Marines tried to indoctrinate 50 year-old recruits they would have a much harder job building a cohesive platoon willing to take orders without question.

So how does this tie into making balloons for folks in restaurants?

If you smile at the customer they are more likely to respond back in the same manner.

If you have an awful attitude the customer will reflect that back to you.

I found that when I had a great attitude, my restaurant tips went through the roof, but if let myself get frustrated I would not do well.

Children respond very well to positive energy and a sincere smile, even as young as a few months old.