This is a picture of a massive Buckee’s gas station in Texas. This place has 120 gas pumps, 83 bathroom stalls, and 68,000 square feet of retail space. On my swing through Houston I saw one of these monstrosities on I-10 just outside of Beaumont.

Wanna fuel up at a gas station that’s visible from outer space? Go to Buckee’s!

Gas stations advertise with huge signs on 250 foot poles that you can see from miles away, some gas stations even put up billboards before the exit. Ray Charles could find a gas station on any given interstate, provided someone tossed him the car keys that day.

As of 2014 there were 260 million registered passenger vehicles in the United States, 15.5 million commercial trucks, plus hundreds of thousands police, fire, and government vehicles. Selling gasoline along a highway is a pretty steady business, even with competing gas stations every exit.

In contrast to the Buckee’s pictured above here is an EV charging station I found at a local bank in Land ‘O Lakes: 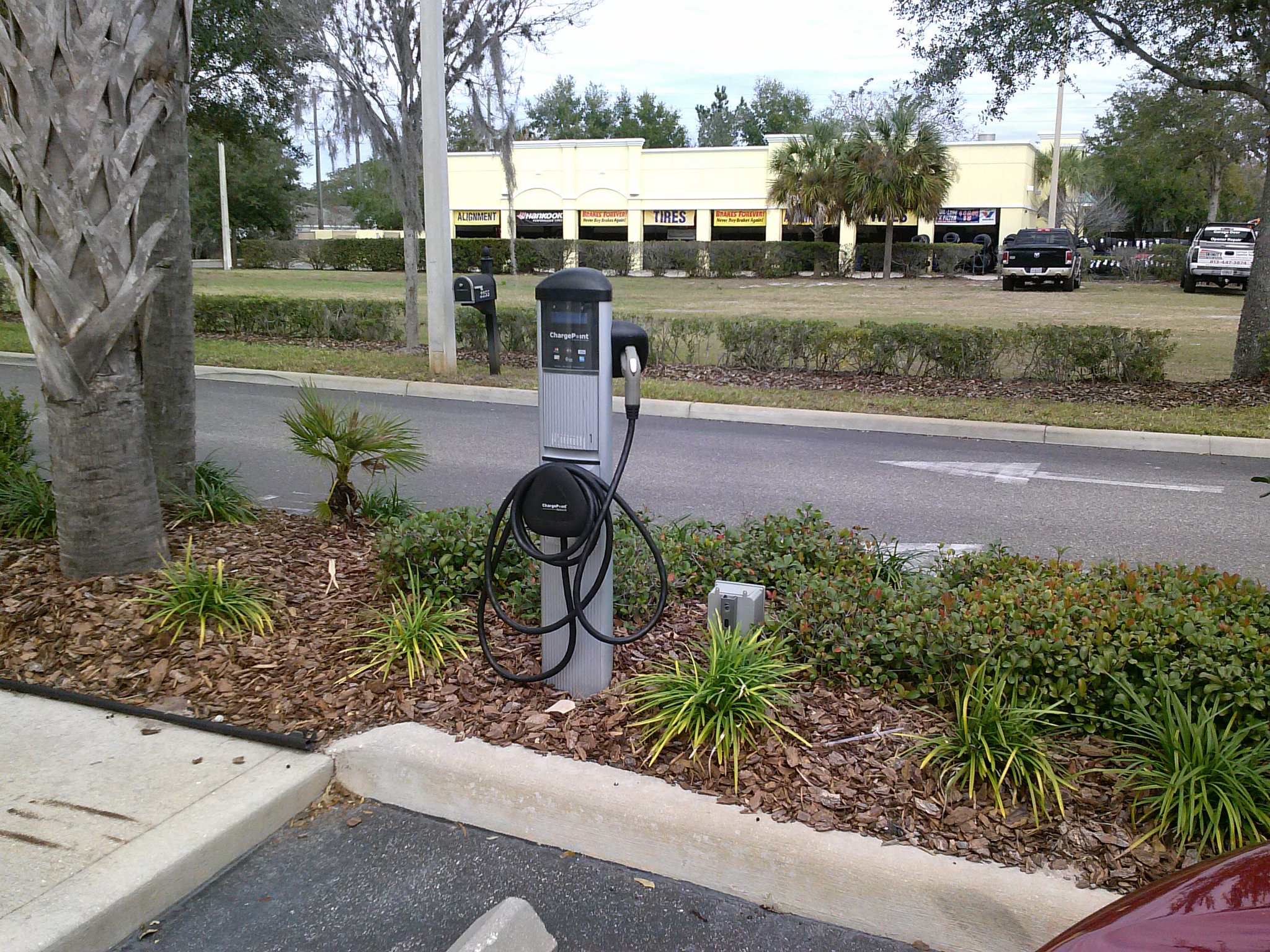 No billboards, no lighted signs. I used my GPS to find this charging station, but even after the GPS told me where to turn I still had to hunt around to find it. The charging station is about chest height, if a minivan was parked in that parking spot I would have missed it.

I’ve hunted down several charging stations over the last few weeks, one was hidden behind a Home Suites hotel, another was at a Nissan dealer… none of them were obvious.

Do you love to find hidden charge stations? Buy a plug-in electric vehicle!

It takes 5-10 hours to put a significant charge on most electric vehicles, so the best charging station for most folks is in their driveway, all night long. I used the gas generator in my Volt about 98% of the time when I was on the road. If all the gas stations closed down and I had to drive on electrons only it would have taken 3 weeks to get home.

A public charging station makes sense at a hotel, your workplace or your college; any place where you’re going to spend most of the day. A charger at a bank or a grocery store is just plain silly, you’ll be in and out. Your car might get an extra mile of charge.

Someday charging stations will have better technology, and plug in electric vehicles will have batteries with a thousand mile range, or better. By then you’ll see more advertising for charge stations, probably lit by LED lights and powered by solar….