Why I bought ANOTHER Volt. 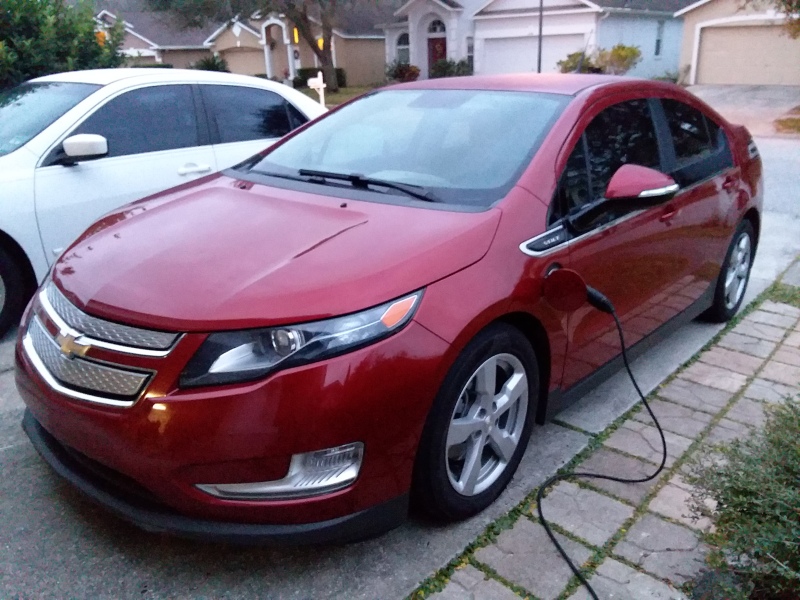 On November 30th I was driving my 2013 Chevy Volt in Tampa and a random Dodge minivan turned into my lane and messed up the entire passenger side of my car. My Volt had 130,000 miles on it, and the Kelly Blue Book value was about $3,000, so when the other driver’s insurance offered me $7,500 for my old Volt I jumped on it.

Even if I sold my 2013 Volt privately I would never get $7,500 bucks for it, even before that accident, and the accident was not my fault, so why not get a newer car?

I did NOT expect to be car shopping 3 weeks before Christmas, but it seems the universe has a different plan altogether. For a hot minute I considered going back to a full gas powered car, simply because all the electric cars with a 300 mile range cost over $30,000, and I was trying to spend LESS than $20,000, out the door.

I test drove a 2015 Infiniti Q50 that was listing for just under $20K and I really liked it… but then I was talking with my girlfriend and she made a good point: “A luxury car is all about EGO, get another Volt and charge it off the solar on your house.”

The Volt goes into gas mode after the charge is exhausted, which means I can charge at home each night, but gas it on a longer road trip. BEST of both worlds, really.

Which brings us to the huge snorting elephant in the room…. why the hell did GM discontinue this model? The Volt is honestly a GREAT car, super reliable, rides nice, performs like a car with a V-6 engine…. AND I can use either gas or kilowatts.

If the Volt was made by Toyota it would outsell the Prius hands down. I owned a 2009 and 2011 Prius, both cars were slow and dopey compared to the Volt. Put any Prius driver in a Volt for just ONE DAY and they would not want to go back.

I think GM is being really shortsighted in getting rid of such a superlative model like the Volt. I’m glad they offer the (full electric) BOLT, but I feel like the dual fuel Volt still has a place in the car market.

Maybe I’m just different, I have a solar array on my roof that cost as much as a used car, 2 motorcycles in my garage, and a citrus tree in my backyard. I also went on Shark Tank for a frickin’ balloon company, so there’s that.